Learn The Art of Business Networking and Make New Connections 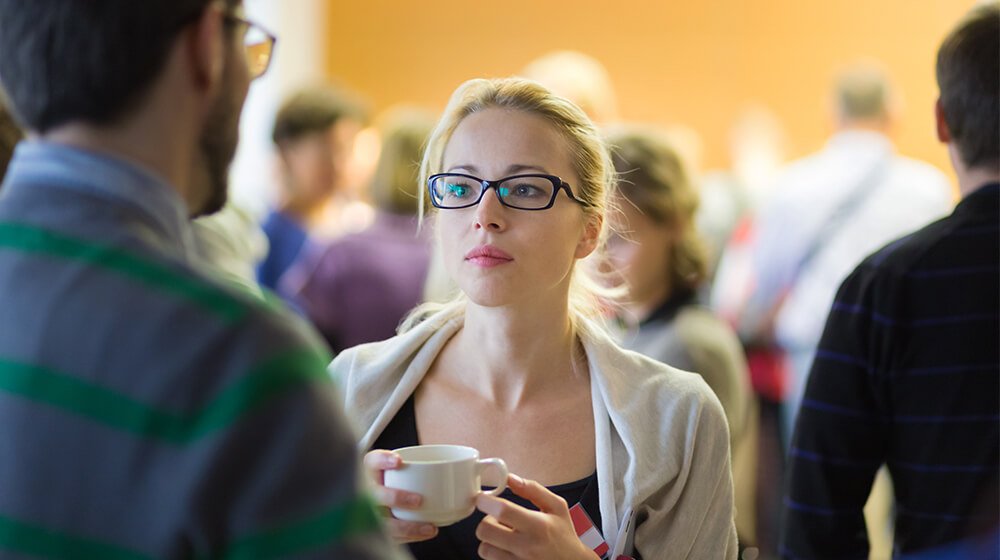 Business networking is a fun time — mingling, eating, chatting about business. But do you walk away with solid connections? Many business owners attend networking events but don’t utilize the time or crowd as well as they can. They walk away, having spoken to a lot of new people, but not having made any real connections for themselves or their peers.

Adrian Miller is many things, including a Business Growth Architect, sales consultant, trainer, author, avid traveler, blogger, columnist, hockey mom, amateur photographer, theater lover, moviegoer, and networker extraordinaire. (I bet you have some of those things in common with her!) So with all of that in her wheelhouse, it’s not hard to believe that she’s a pretty social person and knows how to create business connections. So, in 2009, Adrian created Adrian’s Network, an innovative and (very) successful business networking community that combines virtual networking (think conference calls and webinars) with in-person meetings. This networking community provides members with different benefits and advantages, all with one goal in mind: increased business profits and relationships.

“It’s not just passing a card, it’s engagement and building trust. People go in [to networking events] and look for a fast return on time, which doesn’t always happen, and people sometimes have unrealistic expectations or might be shortsighted.”

Learn The Art of Business Networking

Ramon Ray got some great networking advice, plus a few do’s and don’ts directly from Adrian herself. Keep reading to learn how to network your best and to learn more about Adrian’s Network.

Adrian says that a great networker understands how to be proactive and doesn’t wait for someone else to ask for what they need. Instead of waiting for people to tell you what or who they need, think of the people in your current network who work in similar markets — this is where possible introductions can be made. Adrian tries to be proactive about making a certain amount of introductions each week. (Kind of like giving herself a little challenge) Don’t worry too much about the details of the connection you are putting together. Make the introductions and then let your contacts work out the details of how they might be able to do business together.

Adrian also explains that introducing people based on personal synergies can work too. If two people in your network are avid hikers, for example, you might want to connect them since they likely have other interests in common, possibly even a potential business need.

When Networking, Do Not…

The economic recession in 2008 was the catalyst for Adrian’s networking business. She found that many groups had restricted rules that didn’t offer the community feels she was looking for. So, she decided to create Adrian’s Network. She took the time to see what worked, what didn’t work, and tested her ideas over a set time frame. Within this network, lots of business is done, and introductions are made. It’s now a comfortable community of support for entrepreneurs.

Adrian’s Network has around 400 members, mostly in the NYC metro area, but members are located all over the globe. Networking happens through calls, face-to-face meetings, events, and digital webinars. For many people, being able to make connections and share community and support, no matter where you are, is a welcome change to networking events that are locally focused — interested in becoming a member? Click here to learn more!

I have republished by permission. Original here.